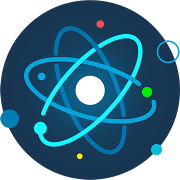 React Native came into the arena in 2015. The Facebook team announced a framework that will consider the peculiarities of contending operating systems for creating mobile apps. Soon after, the number of React Native apps began to increase. 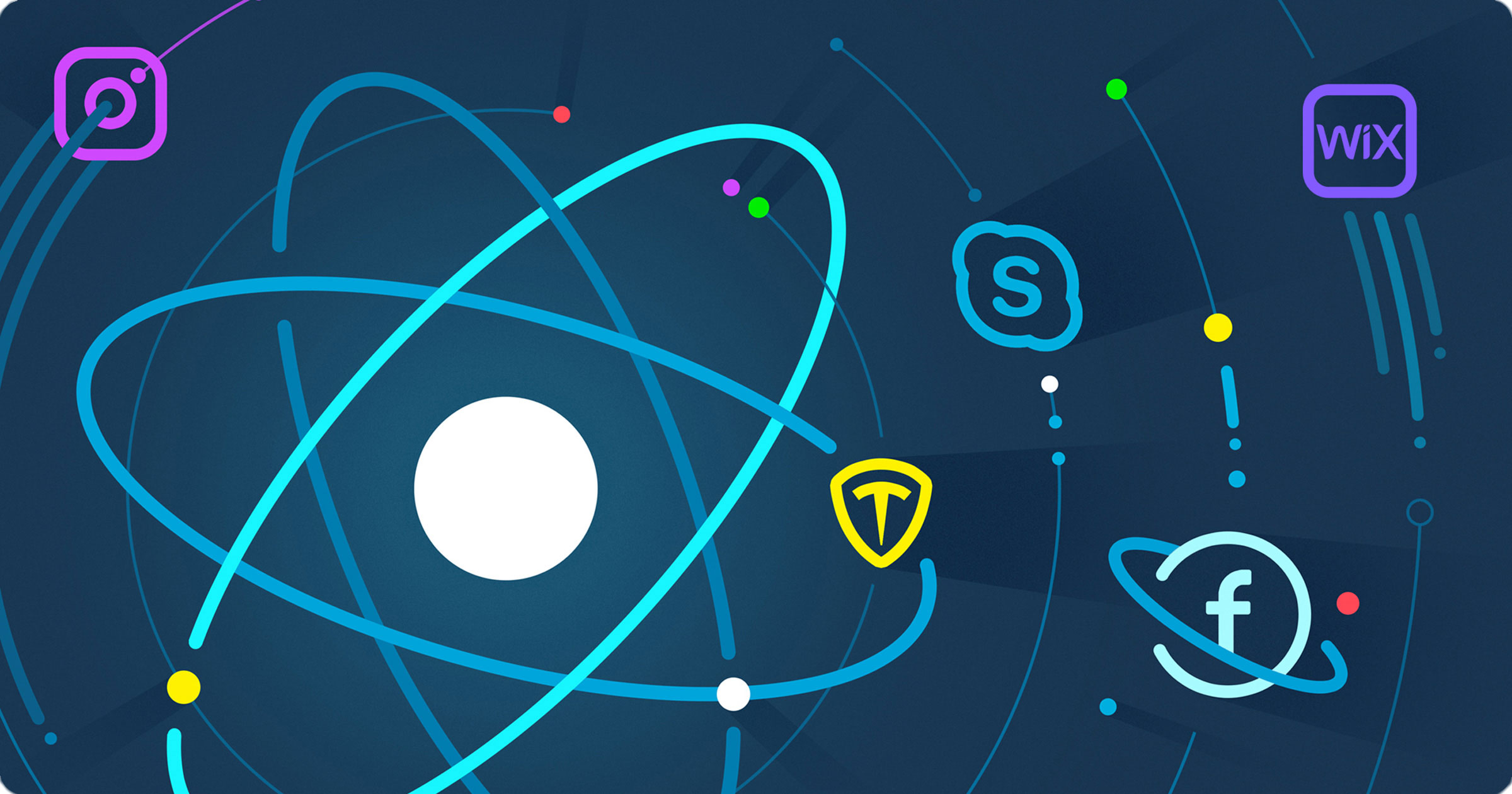 Without regard to Microsoft’s child for mobile devices, the bulk of users can be divided into two categories. The first category covers those who opt for accessibility and brand variety. They use Android, an operating system that successfully runs on miscellaneous products by Samsung, Xiaomi, LG, and others. The antagonistic category of users is associated with reliability and high status. They use iOS that exists under the patronage of the world-renowned brand named Apple. These two platforms tear apart not only users but also engineers who create mobile applications. With that, the advent of React Native was the turn of the tide.

The first question to be raised refers to pros and features of React Native applications. A good computer engineer may be familiar with few noteworthy frameworks for cross-platform development. For example, Ionic, a hybrid technology that we used to compare in Ionic vs. React Native feat. Flutter. So why should anyone switch to Facebook’s brainchild?

As you know, any native application comprises the constructive units of the user interface. Such approach is applied to both iOS and its antagonist. A regular React Native application is based on a similar approach at which the blocks are put together through React or JavaScript. Unfortunately, the code cannot be applied natively to all operating systems. Nevertheless, engineers can reuse most of it when creating projects for different OS. Besides, unlike hybrid apps that use CSS or HTML, those built with React Native use native components. Such solution results in improved operation and seamless animations. Discover our standpoint on the comparison of React Native vs. native app development.

Nonetheless, our task is not to deepen into the essence of the technology. We want to introduce its benefits via the existing React Native apps examples. The following products should take all issues relating to the practicability of the mentioned framework off the table.

The society of developers should be thankful to Facebook for the release of two prominent technologies – React and React Native. Today, the latter is involved in almost every project of this world-renowned company. As a creator or initiator of creation of this tool for mobile apps, Zuckerberg’s brainchild could not be imagined without actual utilization of the framework for own needs. Thus, millions of users can experience two React Native example projects such as Facebook and Ads Manager.

Nevertheless, when talking about Facebook React Native, we have to mention that the global biggest social network was not the pioneer of the framework’s advent. Ads Manager is the first cross-platform creation of the company. Since business logic was rather complex to deal with differences in miscellaneous variables including currencies, formats of date and ad, time zones, and so on, the framework was considered the perfect choice to handle the issues.

As a result, developers obtained a lightning fast app that is not only useful for the target audience of users but also gave rise to the creation of numerous components applicable for building other famous React Native apps.

This app is likely to be the second most popular React Native app following Facebook. Instagram offers an alternative way of interaction using visual content. The idea was picked up by miscellaneous celebrities, famous athletes, politicians and other types of users. Today, it is difficult to find a smartphone or a tablet without this app.

The Instagram React Native story began when there was a need in renovating the existing app due to the code reuse. The framework was a perfect solution for this goal. Though engineers faced several problems upon the development process, they managed to evade numerous expenses related to the building of the product from scratch. The outcome has surpassed all expectations and introduced one of the most popular apps as of today.

This brand is associated with the spirit of enthusiasm and endeavor. Tesla team and its courageous leader Elon Musk excite the population of our planet with bold ideas and solutions. You might not like or support their ideas or product but it is impossible to neglect their commitment to an advanced future stipulating the lack of miscellaneous troubles related to ecology, social development etc.

Tesla app is another representative of React Native app examples. Such choice for the framework explains the company’s trend to opt for the best in any field. Tesla React Native app is designed for users of branded electric vehicles or Powerwall. There is no difference whether you use an Android-based gadget or its Apple competitor since all functions to control and monitor your Tesla items are available with equal facility.

The trend of React Native integration has not bypassed another prominent brand. This world-known tool for communication required for new blood. Hence, the framework offering native UI components was the newest choice. Android users were pioneers to experience the new UI and functions of the absolutely remade app. Devices based on iOS did not wait long for the release. Now, it is time for Windows Mobile, the users of which will have the opportunity to evaluate the new Skype app in the future.

At the same time, we cannot claim about the overwhelming success of this React Native example. Although the app performance was significantly improved, users were rather unsatisfied with the updated user interface. However, such adverse admission is not more than a question of habit. In some cases, new ideas and solutions can be frightening. So, it is quite possible that users just need some time to get adjusted and discover the benefits of Skype using React Native.

This service identifies itself as ‘The Best Place to Create the Website You Want’. Wix is a solution you can opt for if a DIY website development is not for you. This builder offers a bunch of ready-made designer templates, as well as customizing options to enhance your website with additional features including chat, contact management, social tools, etc. The service targets mostly small to medium businesses as clients and offers a simple five-step approach to create a website.

The company gained the place on our list due to Wix React Native Navigation. It is a library designed to provide ultimate native platform navigation for apps built with the framework. Unlike other solutions, this one provides better performance and smooth interaction. Many users have good experiences with the library, but its use should be adjusted according to the needs of the app you’re going to build. Besides, last year, Wix released the second version of the library and made some great improvements including a new API and architecture.

Most users know the name of Uber due to the service of passenger transportation. However, the company also takes the niche in food delivery. This food-related app is rather complicated. Hence, a more sophisticated approach to the development is required. Thus, the benefits of React Native were successfully implemented for the creation of cross-platform tool.

In fact, the framework was used partially for this mobile app. And how much of Uber Eats is built on React Native? They leverage the framework for the restaurant dashboard that was built initially for the web. React Native allowed Uber to render functionalities of the native device. As a result, this constituent part of the app can boast of a sole basis for Android/iOS devices, and developers claim that the framework holds promise for the use in future projects.

The new consumer app for the two largest mobile platforms is designed to ensure an interactive experience, as well as access to personalized content within Bloomberg’s Media for its clientage. For this reason, the unique and advanced framework was employed to build the actual application. The company had the task to build the Bloomberg app using React Native. However, such an advantage of the framework as the automation of code refreshing has significantly accelerated the release of new features. Now, users have an opportunity to see the outcome of their work at first hand.

Another famous brand that opted for React Native is engaged in retail sales. Walmart has seen the potential of the framework from the very beginning and was one of the first companies to employ this tool for the creation of own customer’s app.

The figure of code reuse between platforms is terrific – 96%. Besides, the company achieved higher performance together with lesser expenses of time and resources. If you still wonder about Walmart app React Native feasibility, you should realize that this world-known brand has the highest goals associated with no less high risks. Nevertheless, the proper choice grants a competitive advantage. They opted for a promising solution and came up trumps.

Discovery channel does not need to be introduced since this source of media content is as famous as National Geographic. Its history has lasted for more than 30 years and now the company offers a new level of experiencing the world. Using the technology of virtual reality, a user can visit the most distant destinations, as well as feel all the accompanying emotions. A usual viewing of videos turns into actual live through the adventures like surfing, diving, hiking etc. All you need to deepen in this world of unbelievable emotions is to choose your VR device like Google Daydream, Samsung Gear VR or any other supported and connect it to your mobile gadget based on either iOS or its irreconcilable rival.

Almost all of the above-mentioned apps built with React Native set serious personal or business purposes. Nevertheless, our rating ends with a game that carried away thousands or even millions of users worldwide. After the tremendous success on the screens of PCs, the JS-based game was transitioned to mobile devices.

Currently, users of iPhones together with multiple portable gadgets based on Android can enjoy the puzzled scenario of 2048. If you suppose that this app does not deserve your attention, make an attempt to succeed in its target figure.

It goes without saying that vast opportunities of React Native app development resulted in multiple applications. Not all of them are as famous as the mentioned ones but still take their niches. Rising demand in the React Native talent incites both experienced and beginner-programmers to crave for expertise in versatile sources including books, video courses, and other kinds of tutorials. Some of them have been reviewed in our blog post. Nevertheless, the aim of this article is not to put readers in touch with popular apps built with React Native. What we wanted to do is to show the enormous potential of this framework for the world of mobile software.