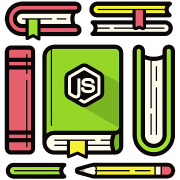 Node.js Books to Read and Master the Technology

Learning about coding and programming through books may seem counterintuitive. Surely, everything you might ever want to know about programming languages and run-time environments, such as Node.js, is already out there, free or easy to purchase on the Internet.

In our experience, authors wanting to set deeper, more reasoned and well-argued thoughts down on paper, still put them into books. At least this way, you can dive into a new subject or expand your knowledge without distractions. 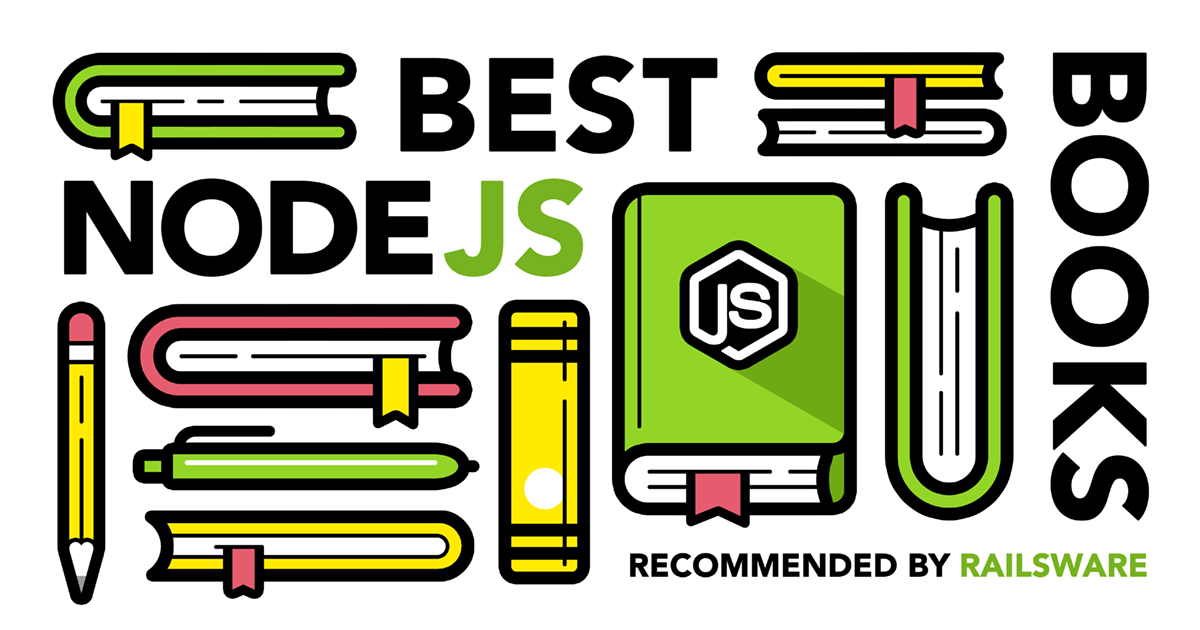 For those wanting to learn more about Node.js®, an open-source JavaScript runtime environment built on Chrome’s V8 JavaScript engine, having a working knowledge of JavaScript (JS) would be useful. As a starting point, we recommend the following list of books on JS, which should serve to prime your JS knowledge before getting your head around Node.js.

A Brief History of Node.js

JavaScript emerged from Netscape, in the early day of the web, a few years after the launch of one of the first web browsers, Navigator.

Marc Andreessen, a web 2.0 pioneer and now one of the most influential investors in Silicon Valley believed HTML needed a “glue language” to help web developers write and plugin features directly within webpage markups. Initially known as Mocha, and renamed to JavaScript, it was released in December 1995 and shipped with Netscape Navigator 2.0.

JavaScript has grown in popularity ever since, proving to be one of the most versatile languages around. Node.js was written by Ryan Dahl, a web developer, so that other developers could write server-side applications in JS, thirteen years after the first JS server-side environment was created by Netscape. Node.js was launched in 2009, supported by Linux and Mac OS X, with continued support from Joyent. Since it was launched, thousands of developers across the world have contributed to open source libraries, and new versions have been released.

We have reviewed a long list of books in the world’s largest bookstore, Amazon, where there are over 1,500 books on the topic, and have put the following list of the best Node.js books for beginners. Providing you are approaching these sources of knowledge with an understanding of JS – in theory, or practice – the information you should absorb from these books should prove to be useful to start with Node.js. 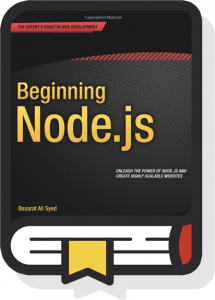 With many positive reviews on Amazon, Beginning Node.js is a good place to start for those new to creating maintainable Node.js applications. Basarat Ali Syed is a senior developer at a software company in Australia, manages a YouTube channel to teach newbie developers and regularly contributes to open source communities.

This book starts with a simple JS primer, which those with sufficient JavaScript knowledge can skip and move straight into the Node.js concepts, such as streams, events and how developers build full-stack Node.js applications. You can also learn how to write and test your applications on the Internet, making it one of the most useful Node.js books for beginners. 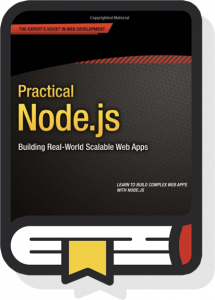 Azat Mardan is an accomplished developer, a Technology Fellow at Capital One, and author of twelve books and numerous online courses on JS and Node.js. Before he joined Capital One, he was responsible for leading the team that rebuilt the DocuSign web app, with over 50 million users. He has worked with and taught web technologies at numerous large companies, including Cisco, Walmart and the US government.

In the first edition of Practical Node.js, you can learn how to build a wide range of scalable real-world web applications using a professional development toolkit. Although this book is suitable for beginners, having some working knowledge of Node.js beforehand is useful, since the author does dive into topics, such as how to use the full-stack of applications, including the Express.js and Hapi frameworks and MongoDB database, and numerous other packages, standards and frameworks in the ecosystem.

Although we do recommend this book as one of the best Node.js books on the market, a new version will be released in April 2018, which will cover numerous changes and advances since the original was released. 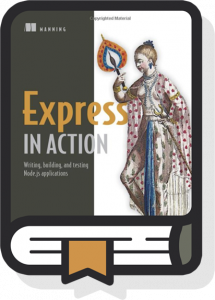 Suitable for: Beginners to Intermediate

Before buying this book, you should have some practical experience writing server-side applications since the focus is how to build web applications using Node and Express. A proficiency with JS is also recommended. Express.js is a web application framework for Node.js, which organizes server-side JavaScript into testable, maintainable modules.

Express in Action explores key development techniques and introduces readers to an environment of tools and libraries, with the aim that you should be able to use Express to build a Node.js application, test it and automate the development process. The author is an experienced developer who regularly contributes to the Node, Express and JS open-source communities. We don’t hesitate to recommend this for those beginning Node.js and getting to grips with Express. 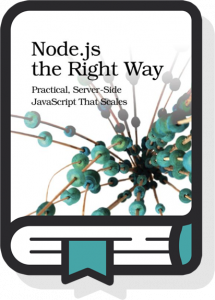 Short and full of practical programming examples, this was one of the most useful tutorials to emerge in the last few years. It’s still useful for those who are starting to read Node.js books since you come away with a considerable dose of theory. However, the examples are now outdated, forcing those who want to practice to refactor the code or load examples that are over three years old.

Thankfully, a new updated version is on its way, now that the author – a senior engineer at Google – has experienced continued writing success after co-authoring, Seven Databases in Seven Weeks: A Guide to Modern Databases and the NoSQL Movement.

This is still one of the best Node.js books around, and we suggest pre-ordering the new version to ensure your practical knowledge is up-to-date.

Web Development with Node and Express: Leveraging the JavaScript Stack 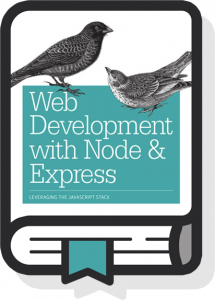 Once you’ve started getting used to building web applications using Node and Express, this hands-on guide will help you familiarise yourself with key components in the JS stack. This useful and highly-rated book will give you practical guidance for building single-page, multi-page, and hybrid web apps with Express, with an updated version due for release in February 2018 (pre-order on Amazon now).

Ethan Brown, the author of the book, is a senior software engineer responsible for the architecture and implementation of websites and web services for clients ranging from small businesses to international enterprise companies, with over 20 years experience. 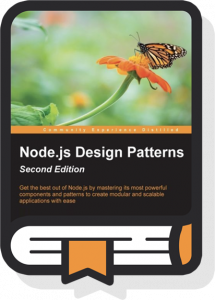 Suitable for: Advanced developers. Working knowledge of JavaScript required before you dive into Node.js Design Patterns.

For experienced developers, one of the best Node.js books in 2017, is one that will make it easier for you working on live projects. Node.js Design Patterns is one of those books that you can use and put into practice straight away, especially if you want to acquire a deeper understanding of how to design and develop enterprise-level Node.js applications.

Both authors are experienced developers, and almost every review is five stars, with many readers hoping they will release a third edition soon to ensure the content keeps pace with continued advances in the industry, ecosystem, and open-source libraries.

Getting MEAN with Mongo, Express, Angular, and Node 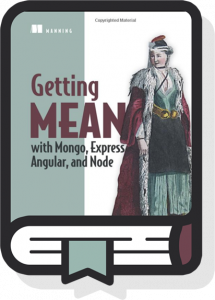 Another Node.js book that isn’t only about Node, Express or even JS, but encompasses a wider ecosystem. Designed for experienced developers to help them implement practical projects, this book teaches readers how to develop web applications end-to-end using the MEAN stack, taking us through one technology at a time up the stack.

Simon Holmes, the author, a full-stack developer since 1990, takes us through a complete web dev stack that includes the MongoDB database, the Express and AngularJS frameworks, and Node.js, a powerful platform that uses JavaScript throughout. Readers need practical experience and knowledge of Node, Express and JS before diving into the lessons throughout the book. Originally published in 2015, a revised and updated version is set to be released early in 2018 – you can already preorder on Amazon.

Although by no means comprehensive, the list above contains several useful works on Node.js and the surrounding ecosystem for experienced and newbies. For many, these books can serve as starting points allowing you to dive into new areas of knowledge and advanced skills you already have to take your coding abilities further. Every developer learns something new every week, so we hope these Node.js books prove useful whether you are a student or already developing Enterprise-level server-side applications.