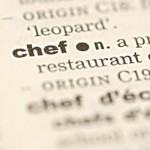 Getting Started with Chef Server

Hello my dear friends. Today we will talk about a Chef Server. In this article we will learn what is the Chef Server and how to setup it up. Before reading this article, it’s better to read my articles about Chef Solo. Here I’ll explain only those things that hasn’t already been covered in those Chef Solo series of articles.

What is the Chef Server?

There are three types of Chef Servers:

In the series of articles we will work with Open Source Chef.

What is the difference between Chef Solo and Chef Server?

Chef Solo does not provide:

As you can see, Chef Solo is useful for small infrastructure (several servers), but if you have a huge amount of server – you must use Chef Server.

Attributes for recipes can be redefined in this way (except “override attributes”):

In this series of articles we will work with Chef 11. You can read about changes in this Chef version by this link.

Let’s create our folder, which will contain all our Chef kitchen:

Next I will use bundler to get some useful gems:

And create a kitchen for the Chef:

Let’s create the Berksfile file and add the “chef-server” cookbook to it (this cookbook supported by Opscode):

After launch of command “berks install” your cookbooks directory will be clear, because by default “berkshelf” install cookbooks into “~/.berkshelf” location. You can easily install your Cookbooks and their dependencies to a location other than default by argument “–path”:

After the launch of the “berks install” command, your cookbooks directory will be clear, because, by default, “berkshelf” installs cookbooks into “~/.berkshelf” location. You can easily install your Cookbooks and their dependencies to a location other than the default by the argument “–path” argument:

But right now we don’t need this.

After this, we should configure the Chef Solo node for our Chef Server. I will do this by using a role. First of all, we should create “chef.json” in the role folder with content:

By the “configuration” key you can change settings for Chef Server. All available settings, which is possible to redefined, you can find here.

Next, we should create the “vagrant.json” node with the following content:

We are ready for testing this Chef Server kitchen.

For testing Chef Server by vagrant, we need to download the vagrant box. List of boxes you can find at www.vagrantbox.es.

Next, we need to model a cluster of machines by vagrant. Let’s modify the Vagrantfile:

We set two nodes: chef (Chef Server) and chef\_client (client of Chef Server). We use the “hostonly” network for these servers. In this case, both of these servers will be available by IPs: 10.33.33.33 and 10.33.33.50. Also, there’s no need to forward ports because services on these servers can be available by this IPs. To find more, read “Multi-VM Environments” and “Chef Solo Provisioning” you can find by this links.

After installation Chef Server with default settings, Chef will generate pem keys, which will be used for knife (command line tool for Chef) and Chef clients for authentication with the server. We should copy them from our Chef Server to “.chef” directory in the project:

On prodution you can use scp command for this.

Next we should create for knife configuration file (knife should know how to communicate with Chef Server):

If you have such error:

As a result, you should have a file “.chef/knife.rb” with similar content:

If you see an error on command “knife client list” – check you knife configuration, you pem keys and availability of Chef server.

Once the Chef Server workstation is configured, it can be used to install Chef on one (or more) nodes across the organization using a Knife bootstrap operation. The “knife bootstrap” command is used to SSH into the target machine, and then do what is needed to allow the chef-client to run on the node. It will install the chef-client executable (if necessary), generate keys, and register the node with the Chef Server. The bootstrap operation requires the IP address or FQDN of the target system, the SSH credentials (username, password or identity file) for an account that has root access to the node, and (if the operating system is not Ubuntu, which is the default distribution used by knife bootstrap) the operating system running on the target system.

So let’s do this:

As you can see we get a new client “precise64”.

You can also see this client in Chef Server web interface:

Previously we’ve learned Chef, Chef Server and its setup process. Now we’ll figure out how to work with it.

In the Part 1 article we set up chef server and added one node (server) to it. For an authentication with chef server we use ssh keys; and for knife we have a configuration in knife.rb. All this stuff should be in “.chef” directory. Here’s our modified knife.rb file (fixed paths for keys):

When a node runs the chef-client for the first time, it does not yet have an API client identity, and therefore can’t send authenticated requests to the server. This is where the validation client — known as the chef-validator — comes in. When the chef-client runs, it checks if it has a “client_key”; and if the client key does not exist, it tries to borrow the chef-validator identity to register itself with the server (“validation_key”).

Attributes are always applied by the chef-client in the following order:

Environment is a way to map an organisation’s real-life workflow on what can be configured and managed when using server. Every organisation begins with a single environment – a so called _default environment – which cannot be modified (or deleted). Additional environments can be created to reflect each organisation’s patterns and workflow. Creating production, staging, testing, and development environments is a good example. An environment can be also associated with one (or more) cookbook versions.

As you might recall from the previous article, Chef is by default working on https protocol only (security!). This can be a problem however, if you don’t want to buy a valid ssl certificate for your chef server, because each command to chef server by knife will give you error with invalid ssl. The most simple solution – disable https and work only on http. For this lets modify our chef.js on role:

I’ve added sections “nginx” which allows us to work with Chef server by http protocol and “bookshelf” which should write url to chef server without https. If we leave https, bookshelf will be available only by https.

If compared with Chef Solo, Chef Server stores all the information on server and uses only this information for “cooking” nodes. Therefore, we should know how to upload our roles, cookbooks and nodes on server. First of all, we should install vender cookbooks locally by Berkshelf:

As you can see, dependencies downloaded automatically. Right now we have these cookbooks only in our local directory “cookbooks”. Let’s upload it to Chef Server. For this task we can use knife:

or we can use Berkshelf:

If you’re actively developing a cookbook, sometimes you might not want to change version with every little fix. Chef server, however, will not allow uploading same versions of cookbook by default:

Apparently, we can force update cookbooks by option ”–force”:

All your cookbooks can be viewed in the web interface (if you enable it):

Then, we want to upload or update roles on server. It’s also easy:

This is a role in the web interface:

You can also upload everything using “upload” command:

Just don’t forget to do this. It is also a good point to save current nodes, environments and roles in git (hg, svn, etc.) repo, because if you somehow lose chef server, all cookbooks and recipes will be saved.

Cooking of the nodes

Let’s now cook our node “web.dev”. We will install on it python. So let’s add to “web.node” run list:

And update web.node on chef server:

For this command you can use ssh options:

The ‘name:*’ is query, ‘sudo chef-client’ which we must execute on nodes found by this query. For example, show uptime only nodes with role web:

To upgrade all nodes:

Sometimes, however, you may want to update you servers automatically. For example, you’ve just updated new cookbooks, roles and nodes, and all nodes should automatically fetch new cookbooks and execute it, if it’s updated (and for you not critical update speed). We can use special cookbook “chef-client”. It allows using bluepill, daemontools, runit or cron to configure your systems to run Chef Client as a service. Example of attributes for nodes:

We continue talking about Chef Solo. All the example codes mentioned here, you can find at: github.com/le0pard/chef-solo-example/tree/5.0.

Previously we’ve learned about Chef cookbooks. Below we will learn what is Ohai and how to write an Ohai plugin.

Ohai detects data about your operating system. It can be used standalone, but its primary purpose is to provide node data to Chef.

In our cookbook “tomatoes” we already have the node.js recipe. Let’s create the ohai plugin, which will provide us with information about node.js that is already installed in the system node.js. We will use this information to check if we need to install node.js on the server.

First of all, you need create new recipe “ohai_plugin.rb” in “tomatoes” with the following content:

This recipe will generate the ohai plugin from template “system\_node\_js.rb”. Next, we should create the following template in the folder “tomatoes/templates/default/plugins”:

In the first two lines we set automatic attributes by method “provides”, which will provide us with this plugin.

Most of the information we want to lookup would be nested in some way, and ohai tends to do this by storing the data in a Mash. This can be done by creating a new mash and setting the attribute to it. We did this with “system\_node\_js”.

In the end of code, plugin sets the version of node.js, if node.js is installed on the server. That’s it!

Next, let’s try this plugin by adding the following content to the “default.rb” recipe:

Now test it by running the command “vagrant provision”. When you start it for the first time, you will not see anything, as the plugin will be delivered later when the chef-client launched. But the second time, you should see a picture similar to the one below in the log:

In this case we can change our node.js recipe a little:

Let’s try to change the node.js version in the role “web.json”:

And after some time, the server will have a new node.js:

And on the next launch of chef solo you should see the new version of node.js:

We have learned what Chef Server is and how to setup it up. We have also learned about Ohai and how to write an Ohai plugin. I haven’t covered many things related to Chef server with this article (i.e.advanced usage, knife-ec2, opsworks – based on chef solo, etc.), but I this should be enough to start working with it.

You can find all the code examples here: