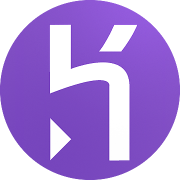 This is a guide to setting up the Heroku toolset so that you can deploy an existing Heroku app, or create a new app on Heroku.

As you may not yet know, the vanilla Heroku toolset can only work with a single Heroku account. This is fine for personal use, or maybe for minor startups, but as soon as you have to simultaneously manage and deploy Heroku applications that belong to several accounts this becomes a huge inconvenience. Fortunately there is a way to make deployment simple again.

If the app has not yet been deployed, instead of the step 4 you’d have to create the app:

The second heroku accounts:set is needed to point the git remote URL to the hostname configured in the step 3.