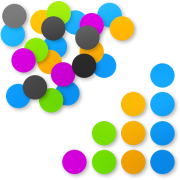 The asset pipeline in Ruby on Rails is a very powerful, but somewhat confusing feature. By default, Rails scaffold generates a stylesheet per controller so that your styles were organized according to your application’s domain model. Which is not really convenient when you are building a modular codebase and reusable components. We need to come up with some custom CSS architecture that will allow us easily create, modify and reuse elements.

The asset pipeline basically performs the following: precompiles, concatenates, minifies assets and places them in the public/assets folder. The asset pipeline is powered by the two technologies: Sprockets and Tilt.

Tilt is the template engine that is used by Sprockets. It allows file types like sass, erb, coffee, etc. to be used in the asset pipeline.

Sprockets itself performs the asset packaging, i.e. takes the assets from all the specified paths, compiles them together and places them in the public/assets folder.
How does Sprockets know which files to concatenate and in which order? Here comes a keystone of the asset pipeline – a manifest file. It uses directives to declare the files to be included and an order of inclusion. You can have as many manifest files as you need – one per layout or one pre page, that’s entirely your choice.

Asset pipeline makes it easy to use any CSS preprocessors like LESS, SASS or Sylus. We usually work with SASS because it’s awesome and it comes with a Rails app from the start.

Every CSS preprocessor allows you to use functions, variables, mixins and other useful stuff that is shared across all modules and files. But in order to use them, SASS source code should be first combined and then compiled to CSS.

In this case, there is an issue with using Sprockets //=require syntax to specify which files should be combined together. Sprockets compiles your Sass source code first as independent stylesheets, and then merges the resulting CSS into a single file. That’s why you need to import your mixins.sass at the top of each file, otherwise you’ll see an exception if you try to use any mixin. By using the @import syntax, you are instructing the Sass compiler to combine the Sass source code first, and then perform the compilation.

In most Rails projects, there are several layouts that have different styles, but there’s still common codebase that should be shared. So, here are some guidelines on how to organize you assets files and directories, so that they were easily extendable and had a flexible and well defined structure.

Base styles.
All base styles that will never be changed – i.e. reset, grids, spaces and helpers – go to the base folder and are added to every manifest.

Manifests files per layout.
First of all, you should create one manifest file per layout (if these layouts have different styles). By manifest I mean not sprockets manifest, but .sass file with all @imports of necessary files (variables, mixins, objects and modules).

Inside every manifest folder you can put responsive styles under responsive folder, divide your interface into objects and modules and put them inside the proper folder. This keeps your styles independent and modular. If you need to reuse some styles of different manifest folder – move them to a shared folder that is located on the same level as manifests.

Proper assets organization is really important, because if you’re not doing it from the start, you will easily get lost in your stylesheets a month after the development has started. Conventions will help avoid messing styles of different layouts and slice your styles into smaller reusable parts. And, as a result, you will find everything in a designated place.