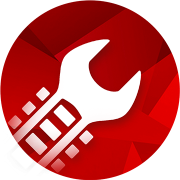 Sometimes, it’s required to setup Rails logger for storing logs into several backends. In our case we decided to use Loggly, but also wanted to leave old file-based logging.

Despite the actual solution is very simple, it’s hard to find it. The best match on StackOverflow suggests to create some custom proxy class.

Now with Rails 4 it’s a real no-brainer. Let’s solve a task from SO – add alternative logging into file:

Setting Loggly as additional backend is not much harder:

All you need is to provide object which implements Logger interface for ActiveSupport::Logger.broadcast. In this way, you can add as much logging backends, as you wish.

Now it can be used as in previous recipes.