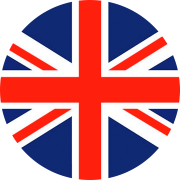 After being heads down for quite a long time solving front-end tasks and working out effective approaches, we suddenly realized that it would be great to get some view from the outside and actually validate stuff that we’re doing.

Railsware team gets to visit Ruby community events on a regular basis; front-end area however seemed to be completely uncovered and we had kind of vague understanding of what front-end conferences look like: would they be helpful for Railsware front-end engineering progress? would there be an opportunity to share our vision?

So, we decided to crawl out from our shell and attend Smashing Conference – our choice at that time. Smashing Conference is a yearly event conducted by Smashing Magazine, noticeable web magazine with a lot of interesting articles written by remarkable authors across front-end and design knowledge aspects. This time conference was located in Oxford (apart from second one in New York) on March 18-19.

On top of the goals depicted above, we also wanted to use this opportunity and expose our newly created framework – ApplePie – to the target audience and get some feedback from people who are also into front-end approaches.

Goals are set, tickets are bought.. so we hit the road.

We couldn’t resist making a few inspired commits and bring some nobility to the ApplePie site copy :)

First talk (and – as it turned out at the end – most interesting for us from the professional point of view) was Addy Osmani’s “Web Components” presentation. He went through modern modularity tendency as a reason for incapsulating structure, appearance and logic within one small, simple and reusable component. Developed under Google authority, Polymer project and customelements.io library is all about creating, storing and sharing custom created elements, where each element is made to solve some trivial task eliminating a need to write same elements over and over again. Addy mentioned that Google is currently working with Mozilla guys towards making web components support native for modern browsers. That sounded really promising! For more inspiration, read Addy’s blog post.

Fabio Carneiro from MailChimp presented reasonable topic about designing responsive emails. On a short break we had a quite interesting conversation with him where we learned that MailChimp is using UI components library which is similar to our approach of building UI components library. It’d be great to continue the discussion and I’m sure we’ll have an opportunity for that.

On the 3rd day, we attended Andrew Clarke workshop dedicated to CSS3 appliance for responsiveness. Was reasonably technical, interesting and fun. I would personally appologize to Andrew for being that “its-not-exactly-how-you-say” guy :)

We met a lot of people from Romania, Croatia, Hungary, Switzerland, Austria and UK.

Finally, almost occasionally we found guys from MadeByMany. It was really nice, pleasant, promising and productive (if crowded and noisy pub rendezvous can be productive in any possible way ;) meet. We learned that we have a lot in common in terms of the approaches we use, the goals we have, as well as the way we think and make products. Eventually, we agreed to pay each other a visit in nearest future: Railsware promised to be one of speakers on summer Front-End London, Ilya (on MadeByMany behalf, I hope) expressed a wish to come to Kiev. I’ll take you at your word!

So, lets do a retrospective. Definitely, many-many good-great things: talked with a lot of cool people, learned some new tech stuff we going to adopt in coding.. We realized that our ApplePie is more than just our graphorrhea, but a candidate to become a relevant product among others. As for “to improve”, I would mention conference Wi-Fi, which was mostly absent :) One thing which can be considered both “good” and “to-improve” is that we’ll speak at next front-end conferences we attend. We have stuff to share with people and there is no reason we shouldn’t. And it seems that the next opportunity for this will be summer Front-End London, so see you there!