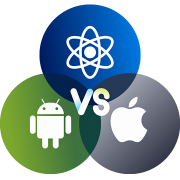 React Native vs. Native App Development – iOS and Android in One Go

The development of a mobile application for a digital product is a two-lane (or even three-lane) street. Product owners need to take care of users with both iOS and Android on their devices. At the same time, modern technologies provide the capability to build a single app for both platforms. React Native is one of the tools hoping to replace native app development in the future. How likely is it to succeed? 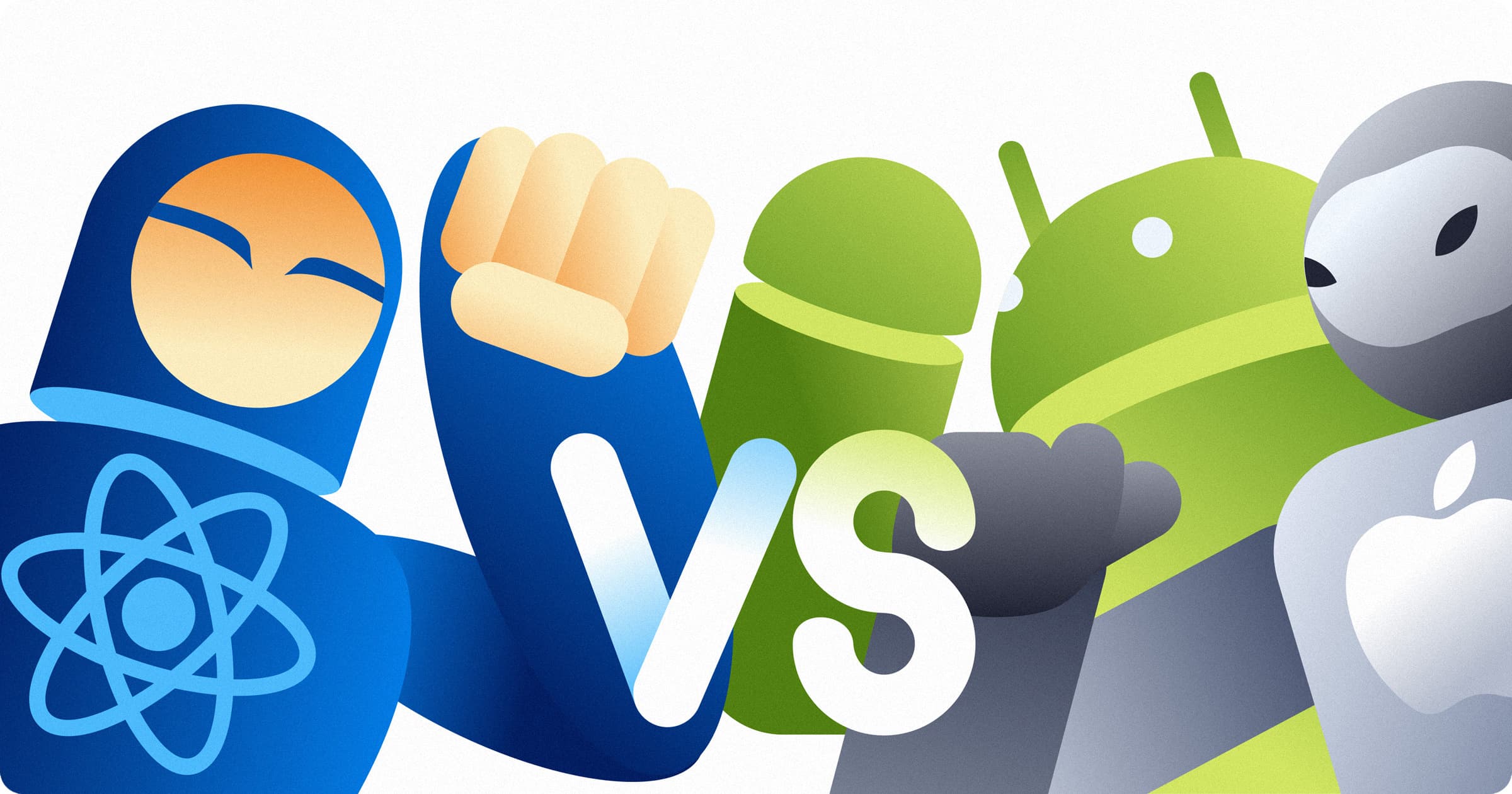 In 2015, Facebook announced the release of this superb solution, which allows you to use the same technology for building apps for different mobile platforms – on a shared codebase. React Native is based on principles that had been introduced four years earlier with the release of React.js. This JavaScript library paved the way to creating a dynamic and powerful user interface in web development. If you want to read about the differences between both Facebook brainchildren, you can do it in our React vs. React Native blog post.

With the framework launch, the number of naysayers began to decrease. At the time, developers thought that writing an iPhone app with JS would be terrific but highly improbable. Androiders’ were less skeptic because they’ve been waiting until Facebook make React Native available for the most popular mobile operating system in the world so far. Nevertheless, the demand for multi-platform projects spurred a chain reaction, which consolidated React Native’s position in the industry.

The way you build a mobile app with React Native resembles web app creation. However, web components are replaced with native ones. First, you need to write a single codebase using React. That’s the core of your app. After that, you need to enhance the core with native components to tailor a suitable cross-platform user interface.

To keep up traditions, let’s see how the classic app, “Hello, world!”, looks.

Components like Text and View take after their web app building counterpart. At the same time, there are plenty of platform-specific options to implement some native UI behavior. React Native engages relevant APIs to render either iOS or Android components. There are several ways to differentiate between them depending on the platform. The first one is by using the Platform module, which can detect the OS:

However, this option is not applicable when big parts of a component are platform-specific. Besides, the module does not implement the platform-specific code, as an app developer has to fill each branch in. So, another way is to use a wrapping platform-independent component. react-native-datepicker component has the same properties (public interface) on both platforms as it handles internally all the potential differences between platform-specific components. DatePickerAndroid is specific for Android, so whenever you have a date picker in your app, you have to handle this one on Android and another one, DatePickerIOS on iOS. If you look on mode in both – they are different. So. in some cases, it might not be enough to do just

since they have different interfaces.

Another option is to split the code out into separate files marked with a corresponding extension: .ios. or .android., for example DatePicker.android.js. Such filename would make it easier to understand.

In this regard, threads play a significant role in the building process, because they execute separate tasks in parallel:

React Native UI components are independent and do not require any wrapper like in hybrid apps.

The framework is no longer a new technology but a promising solution to build cross-platform apps. However, it can be both attractive and inappropriate depending on what your goals are. Below, you will find the benefits and flaws that characterize React Native.

We can’t claim that React Native is better or worse than native development. It’s absolutely different. And the way it differs can be crucial for your decision. Let’s take a look at some essential points in React vs. Native face-off.

The answer to the question “How does React Native work” reveals the main distinction from native mobile development. The framework uses platform-specific UI controls for native rendering. However, it’s orchestrated by a single-threaded JS code. Also, JS bridge executes the JS runtime and connects the app with its native parts. No hybrid’s WebView implementation makes the app’s functionality and view akin to a native product.

The most common architectural pattern to build a native app is MVC. It put the app’s structure into three layers: 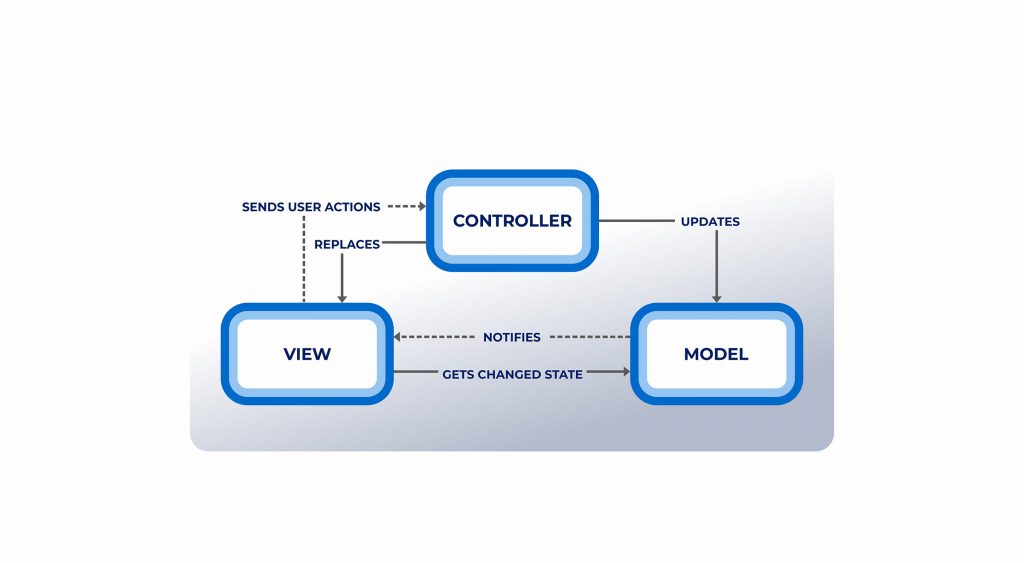 The MVC derivatives, MVP and MVVM, have similar architecture but replace the C-layer with P (Presenter) and VM (ViewModel) respectively.

These patterns are mostly used for making Android apps. iOS developers usually opt for another option that does not come from the MV family. It is called VIPER and consists of five layers: View,  Interactor, Presenter, Entity, and  Router. 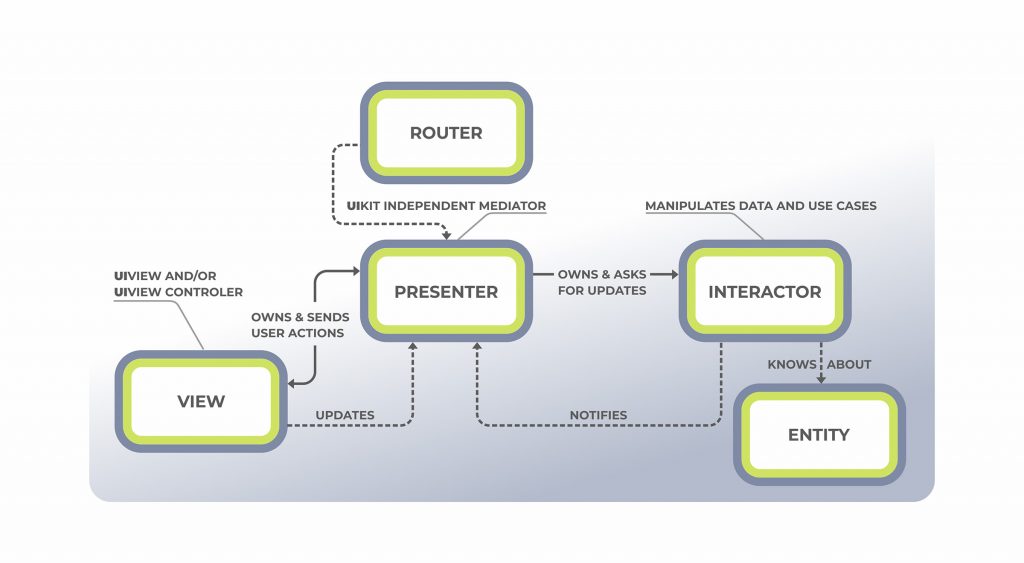 At the same time, it is a usual practice to encounter a mix of architectures in one native app. For example, MVVM works best when used with a binding framework ike ReactiveCocoa – a pure representative of the functional reactive programming paradigm. 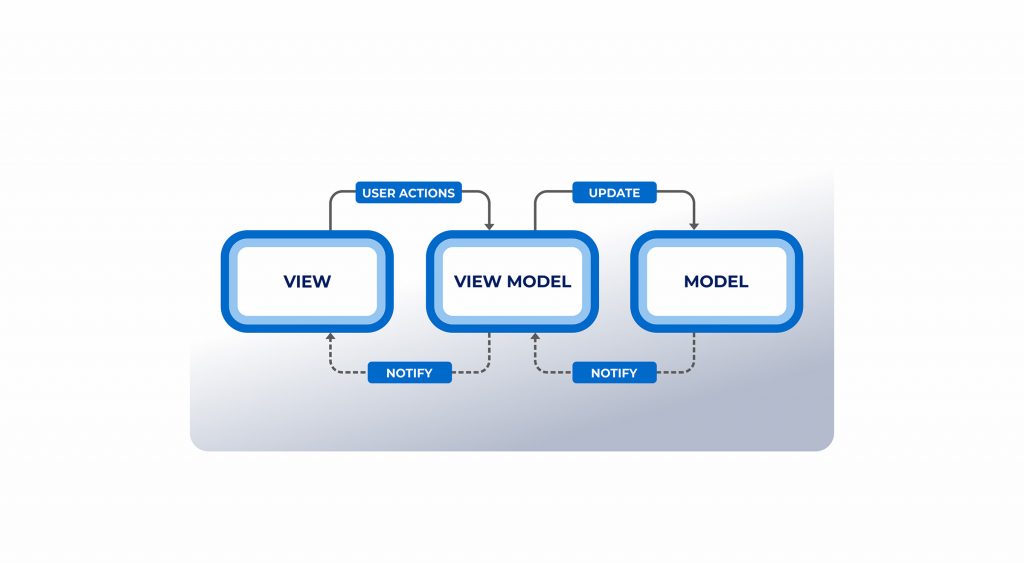 For a native app, the user interface and experience is to be coined according to the requirements of one platform, be it iOS or Android. The essence of cross-platform development is to focus on design conventions of both platforms in one go. It is important not to affect the UX of different categories of users. React Native allows you to handle the separation of platform-specific components via:

AndroidWith Platform.select method, you can return the value for the running platform.