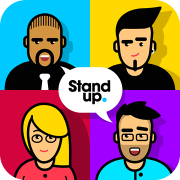 While I don’t think that anyone who has ever used any modification of Agile methodology would require definition of a stand-up meeting, its still needed to have some base to start from. Let’s say this is a team meeting, usually done standing, so physical inconvenience would force people to be short in their updates :) I wouldn’t focus on main benefits of stand-ups; instead, I would rather share how to make your stand-ups better, more effective and enjoyable based on the experience and practices we’ve had at Railsware over the years.

So, stand-up is a recurrent meeting for the team working on the same subject. Its goal is to

Let’s take a closer look at each of these points.

The sense of stand-up meetings is in the recurrence. Doesn’t matter if it’s daily, weekly, bi-weekly, etc. The team itself defines how work intensity should be reflected in stand-ups’ recurrence. For instance, if the team is allocated full-time, most efficient stand-ups, most likely, would be daily ones since work progress changes significantly per day of work. On the contrary, if progress over time seems not that sufficient, team may consider doing weekly stand-ups. Main point of the recurrence should fulfil the simple principle: subject’s progress should not change significantly between two adjacent meetings, so that the team could easily keep an eye on direction and progress of its work.

Since stand-up is a recurrent meeting with the whole team participating, it cannot afford to take significant amount of time. Depending on the number of participants, it may take up to 20-30 minutes max (~3-4 minutes per member’s update adding 10 minutes for questions session). Otherwise you would be surprised how much it costs for your company when daily stand-up takes 1 hour and includes 10 people.

According to the goal of stand-up meetings (which is team members’ synchronisation), each team member’s update should serve the main goal: informing teammates on what are your current focuses, plans, issues, questions. Following the principle “do the update in a way you would like to hear other’s update” would help the team to reach this result.

Do not dive deep into specific details

This rule relates both to “Be informative” and “Be reasonably short”. There should be a compromise between providing enough information for the team to be updated and jumping into specific details which take a lot of stand-up’s time and risk to be redundant for some of your colleagues. If you feel the urge to discuss certain topics, add the point to questions and use the stand-up to ask colleagues and decide who would like to participate in separate discussion.

Situation when 5-6 people wait for the one who is late should not break stand-up’s schedule. Just respect your colleagues’ time and don’t be late on stand-up. Otherwise, ignoring this rule would put “Be reasonably short” rule under the big risk.
Additionally, stand-up’s time should be strict. It’s up to the team, but advice would be not to wait for those who are late to start the stand-up. They can join and will be punished by not hearing first updates. Intelligent person would understand that being late for team’s meeting is a disrespect.

Include all team members

According to stand-up’s goal, each team member should be present in order to have clear image of current state of the team, progress etc.

Have defined structure and discipline

Until the questions session, no interruptions (like answering questions) is allowed, everyone proceeds with personal update including stating his/her questions but questions’ answers follow after all personal updates are done.

Documenting meetings helps a lot in many different cases:

Writing notes for the stand-up helps to structure your update and read it short and informative instead of recalling things feverously right at the time of stand-up. This significantly reduces probability of forgetting to mention things done, plans or, which is most important, ask question or state a substantial blocker. Surely, you can reach out to your team members later, but why not use stand-up for the purpose you actually have it for?

Notes should be written before the stand-up to avoid distraction of the person who writes notes during other’s update. This would significantly reduce the efficiency of the update. You may consider to set up some alarm or notification to remind you to prepare your notes 10-15 minutes prior to the meeting. Also, it helps to run stand-up smoothly, since it’s easy to see who should be updating next after you’re finished by the notes order.

Should have a dedicated lead

In order to stick to the structure and keep the discipline, stand-up should be led by a single responsible person who keeps an eye on following stand-up rules and reaching stand-up’s goal. The importance of the supervisor decreases significantly with time, since doing good stand-ups becomes a part of team’s DNA.

Stand-up meeting is a pretty efficient and useful tool among other Agile development practices, however you can always improve it using some hints described above or come up with your own ones that fit your team better.