When iOS 7 was publicly presented at WWDC 2013, my first impression on it was based on the screenshots with those weird icons and great parallax effect. Seemed like this is the same stuff as we had before, but flattened and colored in acid. But then, I’ve realised this is just a visible part of the changes made to the platform. Moreover, “Parallax, blurs and translucency take the place of gradients, shadows and cutlines” is also a description of noticeable changes.

Direction of the app design has changed quite a while ago. To make a design appealing to users, designers worked on every app to have its own unique soul; and thus they quickly moved away from standard ui elements provided by Apple. I don’t know what was first – flattened app designs or new design of Android/Windows Phone… but nowadays flat design became a standard. And with iOS being on the market for years now with no noticeable visual changes, everybody is eager to see something fresh, as other platforms have.

Now with iOS 7 Apple is moving away from the heavy graphical style towards the new concept – “Content is a King” – which is supported by 3 main ideas: Clarity, Deference and Depth. Watch the video for details; more information on this is available on videos from WWDC covering the subject. Additionally, check out stock iOS apps as an example on how to follow the concept using those 3 ideas.
Public information on iOS 7 is available at http://www.apple.com/ios/ios7/. Unfortunately, details explained at WWDC sessions are covered with NDA, but you can access them if you are a developer. 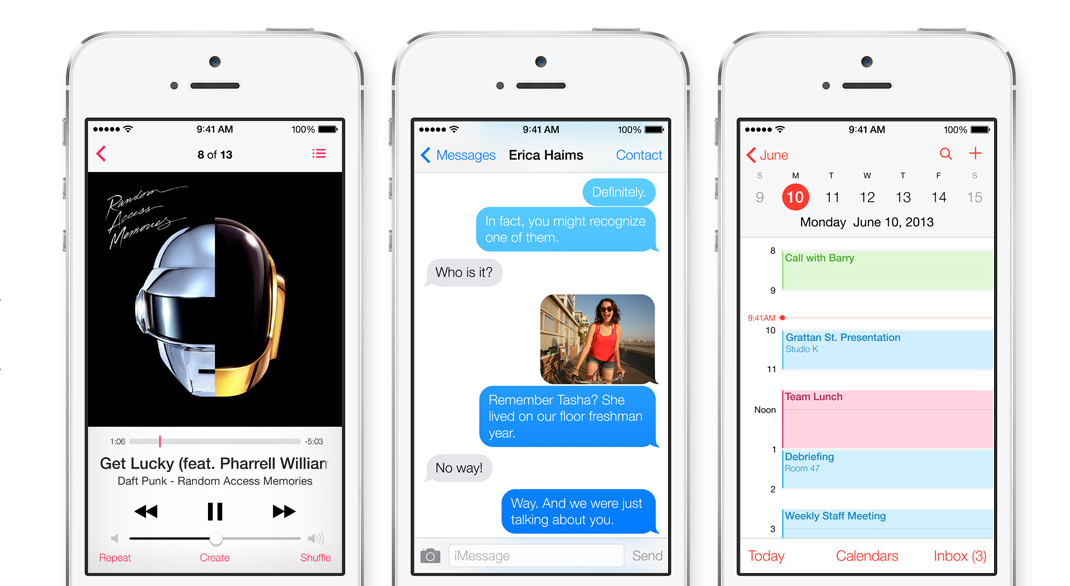 On the other hand, you’re still able to do old fashion designs, aren’t you?
Technically speaking, we’ve got an API that allows us to create more beautiful and functional apps. And of course we’ve got a lot of hype around new iOS. Some of the re-designed apps will see the world already this Fall.

To summarise, I really advise to watch the keynote again or get WWDC 2013 videos that cover your field, and see what changes have been made by Apple. Install iOS 7 beta on real device, try how it feels and share you opinion!