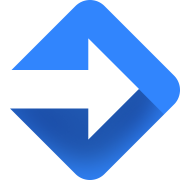 ‘Exceeded maximum execution time’ error message appears while executing a Google Spreadsheet scripts. It usually pops up when a 6 min time limit per script execution is exceeded. Let’s see how we can deal with this if our execution requires more time.

Here’re the key point of the approach I suggest: and useful:

Refactoring your scripts if required (optional)

The idea is to decompose the big functions related to your data to a smaller size which will help reduce time execution and avoid situations when function that directly operates data is being executed for more than 6 min. Example: if you need to copy some huge amount of cells to 10 other spreadsheets, you can, first of all, create a function that gets start row and end row numbers as parameters to limit amount of data per function call and organise a loop to cover all rows. And the second improvement is to specify target spreadsheet as a parameter and a loop to cover all spreadsheets. In this case, we end up having 1 function with 3 parameters – startrownum, endrownum, targetspreadsheet – which directly operates data and 1 common function which contains 2 loops. As we know, while any directly operating with data (DOWD) function execution time exceeds 6 mins, we’re are not able to proceed further. So, now when all DOWD functions are fixed, we are ready to move to the info sheet.

Tip: you can use info sheet to keep the data that shows whether a specific target spreadsheet should be processed. After we complete setup of the info sheet, we can move on to triggers.

Google automatic and own triggers queue

We will use Google time-driven triggers. Here’re a few words about their specifics: – Google does not provide trigger start time programmatically; – Google manages exact start time regardless of whether you specify it or not. This means that if you create 3 triggers with +7 min start time for each, they can be executed in another order; – triggers are no longer visible to the other team members; it was a bad surprise. Therefore, it’d be better to build own triggers queue and manage it, but we still may need Google managed triggers to run different groups of functions every (1hr, 4hr, 24hr).

There are only a few options – Google built-in and your own. Unfortunately, there’re no possibility to access trigger notification properties which can be changed via UI. And this makes us update each trigger settings manually and use standard Google notification email or setup our own function with required data like triggers queue.

There is a Triggers example spreadsheet that’ll demonstrate how everything described above works on the fly.

To show key points of the described approach, we use LongExecutionFunction that crashes because of timeout. It should fill in 2 rows – 1st is dates of Mondays of 2013 and 2d is dates of Sundays. To avoid useless complexity in our example, we simply set delay after filling Mondays. Then we refactor this long execution function to YourGeneralIdeaFunction and YourGeneralIdeaFunctionDOWD. Each execution of DOWD function is less than Google timeout, but general function where these calls are located still can not be run at a time without timeout exception. After that we have loop parameters – Monday and Sunday which we place as last date&time columns to our sync_info sheet. And, finally, we create our triggers to run it manually and automatically every hour – RootTrigger_ManualStartYourFunctionGeneralIdea and RootTrigger_YourFunctionGeneralIdea. Then we update SetupInitialScheduledTriggers and run to avoid manual creating of every-hour triggers (it saves some time even if you set up scheduled triggers only once, but you will not be able to set Google error sending immediately for each trigger as you may do with UI).

RootTrigger_ – prefix in function name means that it will be called by Google managed schedule (for example we have several different functions to be called every 1hr, 4hr, 24hr). Also, we use this naming convention in ManualStart triggers, but here it means that person calls it manually from menu.

setTriggerToQueue function places 1d array = [trigger name, created user email, created time] to triggers queue in positioninqueue position. Trigger queue is saved to script property whose name can be found in triggerqueueproperty global variable. Script properties are available to all users and it allows to get a list of triggers for them.

Here is a setup function that will help avoid manual creation of the initial set of triggers (note: you can hold this info too in another script property)

This is the body of typical trigger function to run refactored long execution function. In case of errors during execution there is try catch clause to email to people specified in notifyingpeople.

And additional trigger to be executed each 10 mins to check triggers execution and restart queue, if there are some issues which prevent execution.

Now you have a quite good solution on how to deal with long execution scripts. It allows every team member to get info about running trigger, triggers queue; you get error emails with detailed info right after it happens. I’d like to mention that by using such an approach, we’ve built a system where master sheet gets all data from 15 source spreadsheets and then passes back some info and updates additional spreadsheet (different data syncs every 1 hr, 4hrs and once a day). Hope this post will help you get some firm ground where you can stand and start developing useful things.