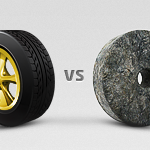 Premium IT consulting versus IT Outsourcing

Working with non-native developers without a project manager, really can that be true? In the past 11 years I have experienced, developed and improved many different structures to improve the output of both nearshore and offshore outsourcing teams, but memories just fail to recollect any case related to an outsourcing team that completely owns the scope and actually functions like a mature product team. Until now at Railsware, with its clear ambition to be take a leadership position as a premium IT consulting firm and comparing itself with leaders like Pivotal Labs and Thoughtbot. Railsware is on the right way I would say, as I have yet to find another IT consulting firm in Ukraine or any other typical near/offshore location that has clients to pay premium rates. This can only mean that the service of Railsware is top notch and cannot be compared to traditional near/offshore outsourcing concepts. 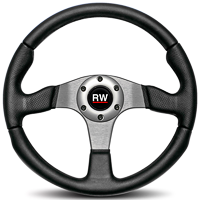 It starts with a vision

Contents hide
1 It starts with a vision
2 So what’s the secret of Railsware?
3 Old versus new
4 So everything is great?

Life is interesting to allow you many ways to learn, as it did so to offer me this chance to work with a company that was co-founded by Andryi Dovgalyuk and Yaroslav Lazor, both ex-employees of Componence Ukraine. As Componence Ukraine was setup in Kiev, Yaroslav as Director of the company recruited Andryi Dovgalyuk. During the period of 2006 – 2007 Yaroslav struggled enough with IT management issues to know that one day he would have a company with great IT consultants who would be able to help clients in more ways than just coding. I remember that in those days Yaroslav and I had many talks about how to create a company that would allow its people to grow into any direction they want to, but the model just doesn’t work with people who just aren’t good enough. And now 6 years later Railsware is on the right path to become that company that Yaroslav envisioned in his early years as a director. When leaving Componence I thought I would not soon return back to a IT consulting firm, but somehow life has shown me this variance of nearshore IT outsourcing that I just cannot miss.

So what’s the secret of Railsware?

Honestly I have been at the company too short to discover all the key ingredients of their success. But let me try to sum up a few that I have discovered in the past 2 months:

With my involvement into Railsware processes I can already observe some great differences between the new (Railsware) and the old (Componence):

So everything is great?

Luckily not! Or else there would be no space for me ;) The vision is there with a CEO who is the embodiment of the vision and who is the greatest ambassador for anyone’s personal development, but it’s just a fact that not everyone can be as great as Yaroslav and just require more time, attention and guidance to get to their own level of greatness. I’m happy that I can be a part of this IT phenomenon and can further build my own greatness :)